We appreciate your interest, please give me a call on 606-573-1000 or email vah@carrollengineeringco.com 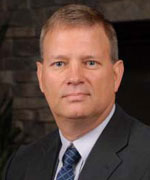 REQUEST A CALL BACK

Need help Now?Call our experts now and we'll take you step by step through everything you need.

IS YOUR MINE DOWN NOW?

Don't waste another minute. Every minute lost is profit lost.

We can come to your mine, install a wide array of technical products and machinary. We have expert repair staff and we're available 24/7.

One of the most important aspects of a successful mining operation is the effectiveness of a project’s conveyor belts, transporting material too bulky and heavy to be carried by hand to where it needs to be, and functioning in a safe manner.

Yet the importance of belts is often overlooked at mine sites, where other pieces of heavy machinery are more obviously involved in delivering production, and their safety concerns are more closely regulated. To aid both productivity and safety, the Carroll Technologies Group works closely with equipment manufacturers, such as the PBE Group, to provide robust and versatile belt monitoring devices.

While the effectiveness of conveyor belts can be taken for granted, ineffective belts can severely undermine productivity at mine sites. The World Coal Association estimates that over 7,200 million tonnes of hard coal are produced worldwide, all of which will need transporting around mining operations, either for processing or transport off-site. In a interview with Mining Technology magazine, it was also reported that some companies consider malfunctioning belts to be responsible for up to 50% of unscheduled disruptions, impeding production at large-scale mining operations.

Belt malfunction also poses a significant safety threat, with the Mine Safety and Health Administration (MSHA) reporting that three of the 25 fatalities recorded at US mines in 2018 involved conveyor belts; two accidents involved a worker being crushed between a conveyor belt and another piece of machinery as they were moved, and the third involved a belt unexpectedly starting while the victim was conducting maintenance work on the belt.

Monitoring at the heart of safety

More effective monitoring systems could have helped ensure worker safety during all three accidents, primarily by informing workers of the relative position of belts and other machinery.

Carroll Technologies Group supplies the PBE Belt Boss series of belt monitors (pictured below), which can observe and respond to a number of potentially dangerous events, such as workers slipping and falling, sudden changes in belt speed and loss of power.

These monitoring devices can also be incorporated into a wider network of connected devices, providing comprehensive coverage of large machinery and conveyor belts, and is in line with Carroll’s commitment to providing tailored and holistic safety solutions.

Effective monitoring and alert systems are particularly effective in relation to the fatal accidents involving belts, as all three victims were engaged in other work, either maintenance operations or the moving or feeding of machinery, and so would have been unable to remain aware of their environment. Devices that can monitor the condition and position of machinery and remotely alert workers are particularly effective in busy and complex operations.

The system is also capable of monitoring and responding to a number of dangers that can threaten workers around conveyor belts. The constantly-moving parts of conveyor belts present unique safety challenges, as dust is repeatedly kicked up into the atmosphere, and fires can break out in confined spaces with a lot of moving parts; the Belt Boss system can monitor both the spread of fires, and the concentration of particulate matter in the air, and alert workers should either pose a significant safety risk.

Carroll’s highly personalised service is particularly welcome with regards to belt management, due to the differences in the scale and function of belts across mining operations.

The company’s MinerCare 24/7 service, which offers a helpline open 24 hours a day, and facilities in 13 repair centres in nine states across North America, enables mining companies and operators to tailor their products to their operations, and receive immediate assistant in the event of malfunctions. Carroll has an inventory of spare parts worth around $7m from over 70 manufacturers, and has been named PBE’s distributor of the year on multiple occasions.

Do you work in mining

Subscribe to our newsletter to stay updated in industry changes